Just four days after my 22nd birthday I moved into my second house, one I was to stay living in for almost 39 years. 13 days before Christmas, cold and dark, life remained mostly on the inside. Christmas Eve brought the arrival of a 9-week old Irish Setter, a surprise Christmas present (not something I would either recommend or wish on anyone). The puppy arrived after lunch, but without a bed or food, or any guidance or information on how to look after or house-train him. Fortunately an old-fashioned pet shop wasn’t far away and I dashed there just before they closed up for Christmas. He grew into a wonderful family dog, always gentle with the children who arrived after he did. Those first few weeks in the new house, with new puppy, passed in a whirl of puddles, night-time howls, and my very feeble attempts at training. Neither the dog nor I ever quite mastered the art of obedience

As spring the following year began to show its face the lawn in the back garden gradually turned to a sea of mud under the Setter’s huge feet. But something much more interesting was happening in the front garden. In amongst the rather random collection of mildewed knapweeds (Centaurea Montana), scraggy roses, and under the as yet unopened buds of a large beech tree stirred green shoots that were quite unexpected. As they extended their leaves towards the light, soon to be followed by the characteristically sky-blue star-like six-pedalled flowers, I was introduced to a plant I hadn’t previously known, the chionodoxa. They were all around the front garden creating a sea of blue which spread and spread as the years wore on.

No one knew who had planted them; it seemed they had always been there, at least going back to the war years. Each year their appearance was so welcome, absolutely heralding the end of winter more determinedly than any other more obvious sign.

So it is with great joy that we are currently looking out on our tiny Sussex garden, enjoying those that we planted here as soon as we could and which also look as happy and settled as those I inherited in Surrey all those years ago.

The snowdrops that didn’t work and became virused (see my last post) have been dug out and binned, leaving all the more space for the chionodoxas to thrive.

The winter before last we planted a few bulbs in the front garden at the French house, around trees, hoping they will establish, self-seed, and spread. Of course chionodoxas were amongst our selection. We saw them last spring, but I haven’t had any reports on bulbs yet this year so don’t know how they are doing. I’ll just have to make do with the few we have in Sussex, and the memory of the sea of blue from my past, and hope that the French planting can be added to this coming autumn to create a wonderful sea of sparkling blue.

In the meantime here’s our Sussex chionodoxas photographed by my husband this morning. Positively gorgeous! (Husband as well as flowers!). I wouldn’t want to be without either! 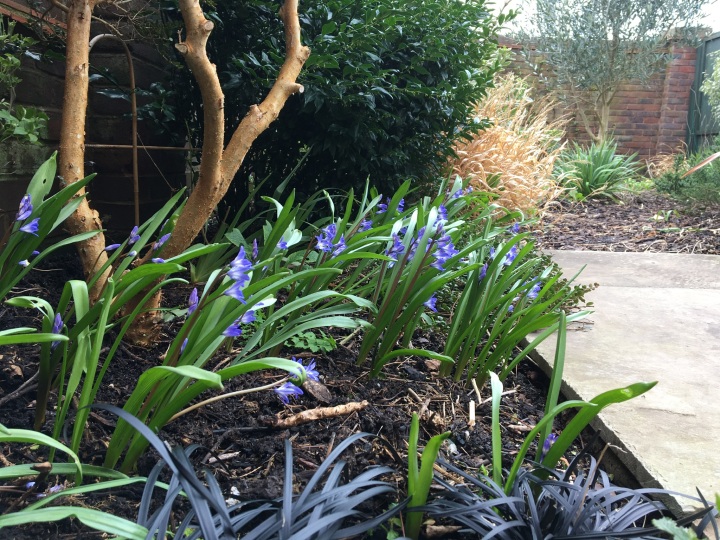 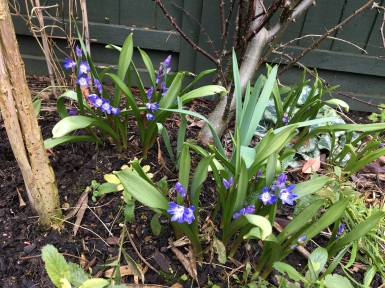 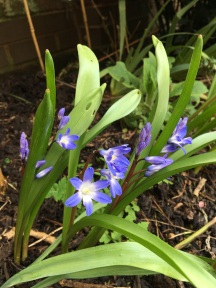 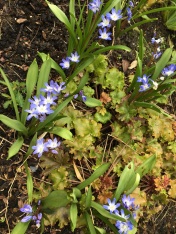 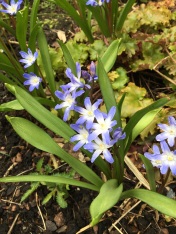 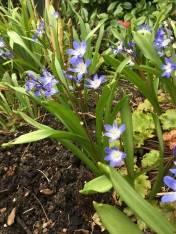 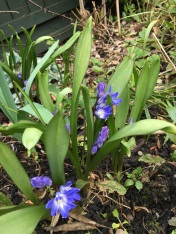 4 thoughts on “Chionodoxas: a sparkling thread linking my homes across the years”