I’m off to the French house today for three nights. It’s a flying visit partly because I haven’t been there since the end of August, a longer gap than usual because my husband had an operation, and partly to meet with various builders to finally sign off on the major works earlier in the year. Oh, and there’s the small matter of a hair appointment …

My husband is remaining at the Sussex home and we will be reunited on Thursday evening after my return (only to be parted again on Sunday when he leaves for an almost two-week business trip to The Far East and then Australia). Such is our – sometimes slightly – crazy life.

We were together in the supermarket on Saturday, a rare occurrence (we usually take turns to shop solo) and decided that he should have a vase of flowers for his week alone. 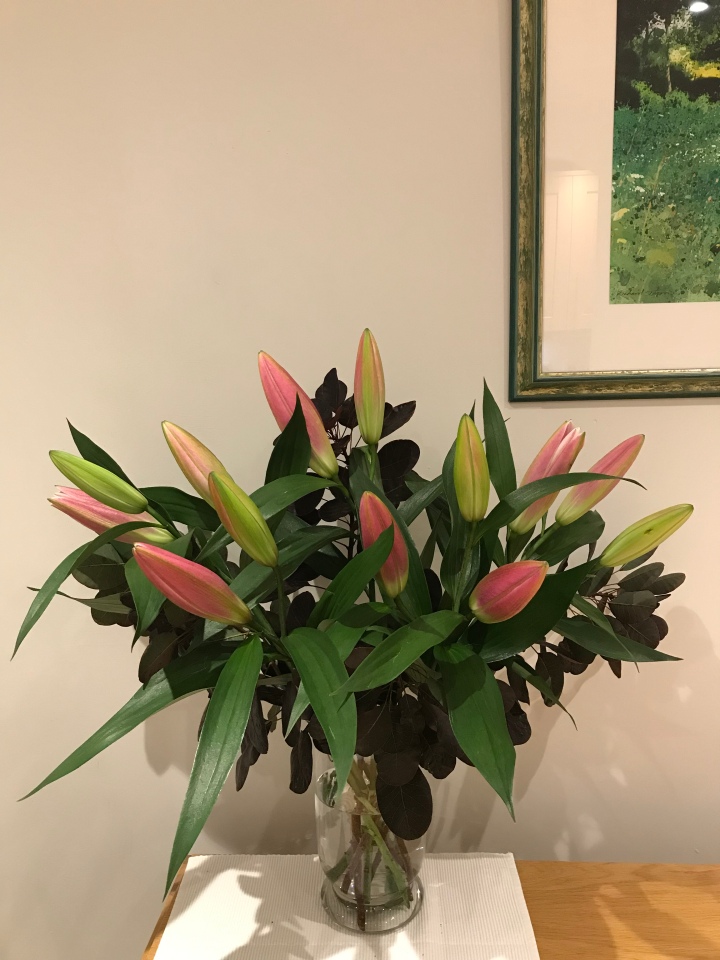 These lilies are what we chose. I added some stems of cotinus cut from the front garden; I’m a great believer in adding foliage where possible to supermarket flowers. Somehow they make the arrangement feel more substantial, perhaps even more important. 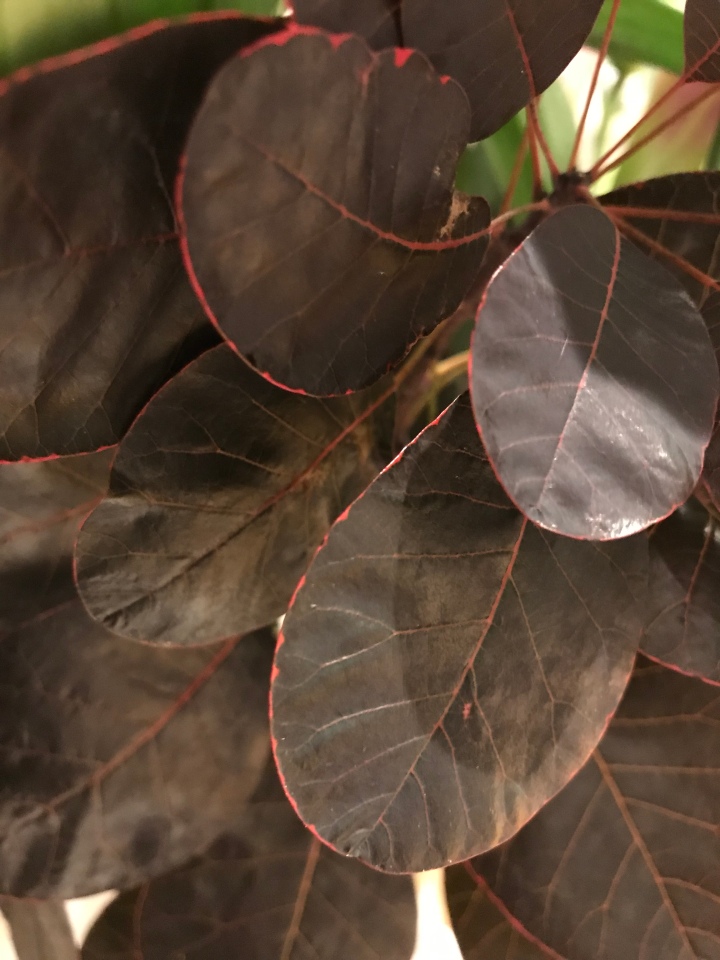 it will be a day or so before the lilies open. The bud which is just opening is already exuding that powerful scent which I adore but others abhor. 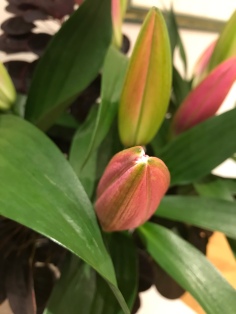 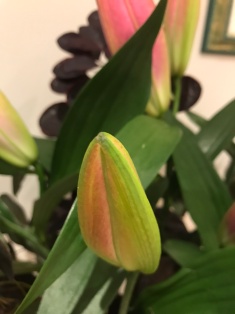 I hope the cotinus leaves stay on the stems for long enough. It’s that time of year when leaves are falling after all. If the worst comes to the worst I can always cut some more and rearrange when I return. Actually he’s more than capable of doing so without me, but his eye doesn’t always notice such things as keenly as mine.

I rather like the look of bare stems in a glass vase, the lily and cotinus stems being unmistakably different from each other.

And then the sun came out and I rather liked the shadows cast on the wall behind.

May your week be a great one even if it isn’t quite as eventful as mine is likely to be.

2 thoughts on “In a Vase on Monday #IAVOM Sussex”