Three summers ago while on holiday in the Dordogne with friends, before we thought of buying a property in France, we visited the gardens at Château de Marqueyssac, one of France’s Jardins Remarquable. I had read about the gardens, and seen Joe Swift’s * feature on Gardener’s World in October 2011, and determined that we must go. So the opportunity was perfect. 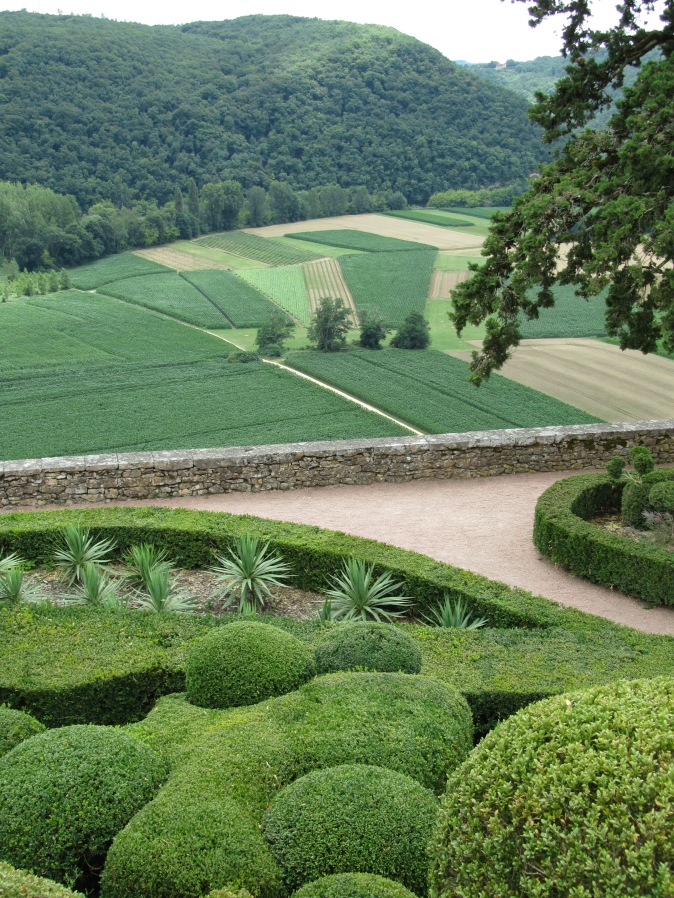 Situated on a cliff top high above the Dordogne river, the Château overlooks verdant and productive agricultural land in the alluvial river valley, and woodland on distant hillsides. It was built at the end of the 17th century by Bertrand Vernet de Marqueyssac, Counsellor to Louis XIV. The original design of the garden is attributed to a pupil of Andre le Notre (designer of the gardens at Versailles) and featured terraces, allées and a kitchen garden immediately by the Château.

In the middle decades of the 19th century a chapel was constructed, and from 1860 a new owner began to plant thousands of boxwood trees (over 150,000 of them today) and have them clipped into fantastic shapes. Various other trees were also planted (including limes, cypresses, hornbeams), a number of structures built, and over 5k of walks laid out. Time again took its toll with the gardens falling into disrepair and abandon but a new owner in 1996 began extensive restoration work and Marqueyssac was opened to the public in March 1997. It is now the most visited garden in the region.

We were completely bowled over. At the risk of sounding pretentious the garden presents a real allegory of the tension between man and nature. Close to the Château the topiary is closely clipped and regimented (although very unconventional and flamboyant in design). 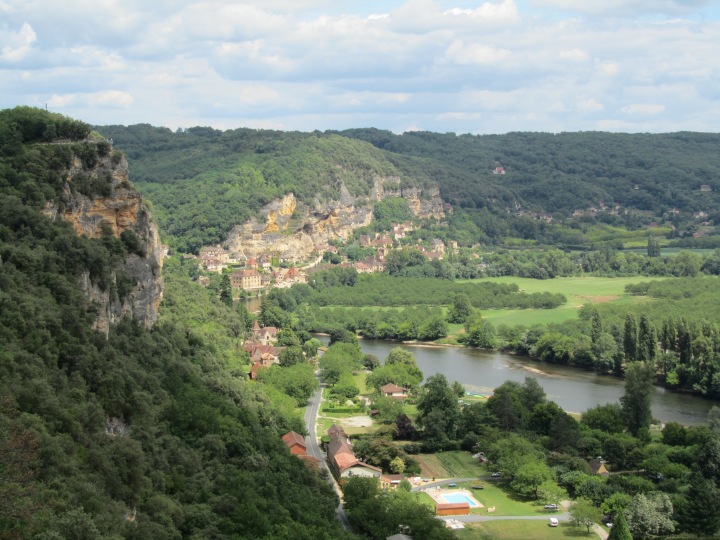 The further one moves away from the building the looser the clip becomes, until at the furthest extremities of the park there is little difference between the plants one side of the boundary or the other. The garden is firmly rooted in its landscape.

I suspect many visitors stay within the manicured areas which are spectacular. But when you visit please be prepared to cover some distance and walk throughout the entire garden to enjoy the full effect of the amazing transformation from the hand of man to the hand of nature. I think you too will be overwhelmed by the exuberance, inventiveness, and sheer beauty of the garden and its location.

How did our visit to Marqueyssac inspire us?

A traditional French garden has many formal areas, relying heavily on clipped box (actually, French gardeners clip and pollard most plants if given half a chance!). We will be incorporating some of these elements into our design. The jury is still out on whether it would be prudent to plant much box in these days of box blight and box tree caterpillar.

Alternatives to box, for low close-clipped hedges, are currently being trialled at RHS Wisley in the walled garden (although I can’t find any formal reference to it online) and written about elsewhere. Opinions vary as to whether any truly viable alternative has yet been identified. Few if any alternatives seem to offer every advantage of box which is so versatile, so forgiving. We are keeping our ears and eyes open, still hoping that real remedies to both box problems will be found before we start planting so we can continue with the wonderful French box tradition.

The second main influence was to start us thinking about the sense of place, and the transition between formal near the house and natural at the furthest extremities. More recently (and I shall probably write about this in due course) I attended a day’s course with Arne Maynard at his wonderful house and garden, Allt-y-bela in the Welsh borders. Arne is a master at siting a garden well within its landscape, and moving gently but purposefully between man (house) and nature (boundaries).

1 Joe Swift was on my most recent flight from Gatwick to Bordeaux, but I decided not to disturb him and left him in peace.
2 The friends we were holidaying with three summers ago decided not to come with us to Marqueyssac. Instead they spent time looking at French properties on Rightmove which they told us about when we returned … the rest is history …
3 The stone tiles on the roof of the Château weigh upwards of 500 tons